In 2001, a handful of technocrats from AT&T Bell Labs, came together with a dream – of connecting people through the power of voice. Heralded by the invention of Voice SMS, Kirusa was born with a vision to revolutionize the experiences users derived from their mobile phones. Within a short span of years, Kirusa quickly established itself as a thought leader in the communication solutions segment.

As data takes over the world, Kirusa’s industry leading products and services help telecom carriers move into the world of IP . 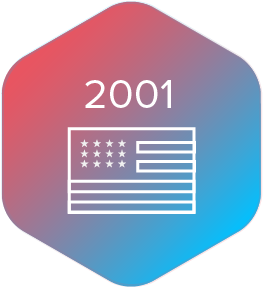 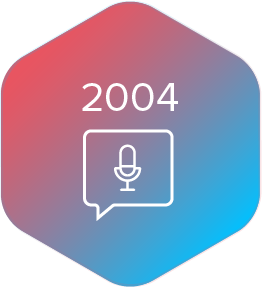 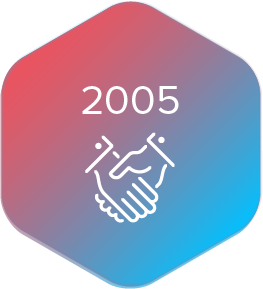 First ever carrier partnership with Grameenphone 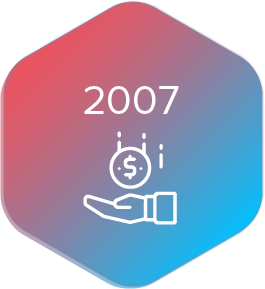 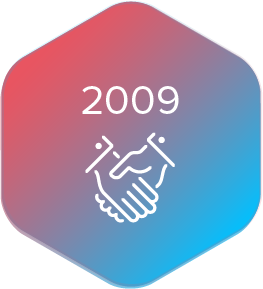 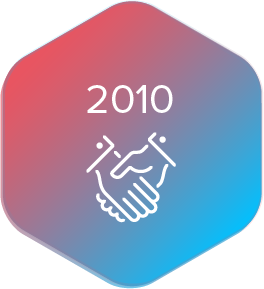 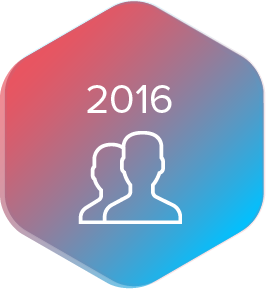 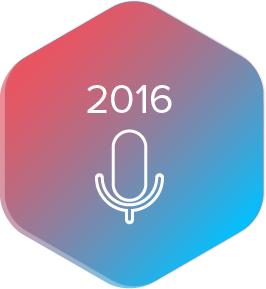 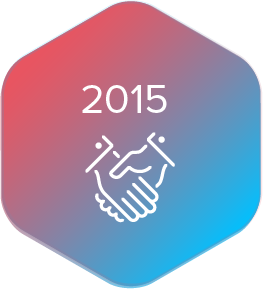 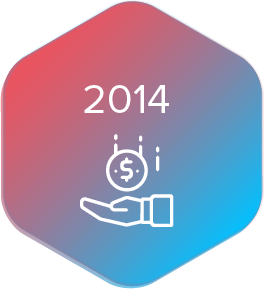 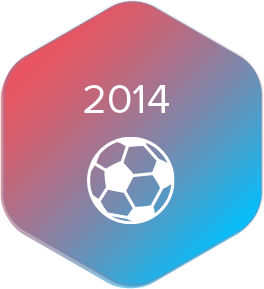 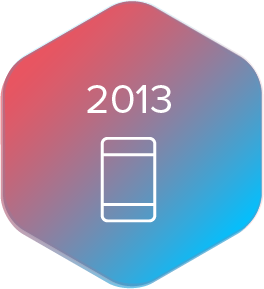 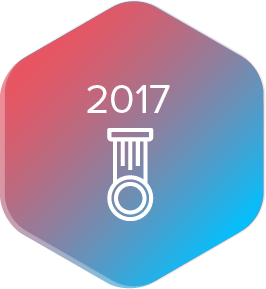 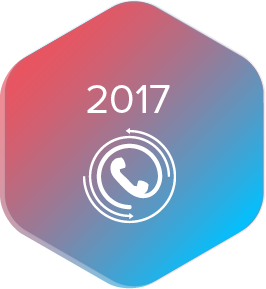 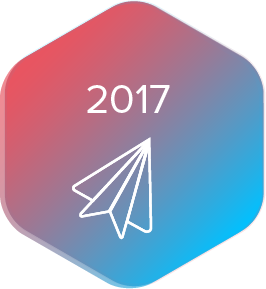 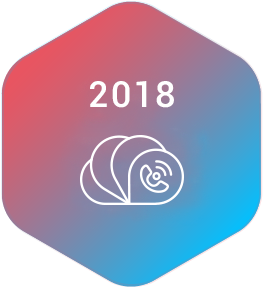 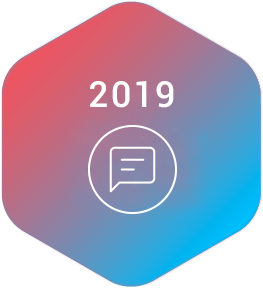 Calls and Messages Per
Month

MEET THE TEAM THAT GOT US HERE

A visionary entrepreneur with over two decades of experience in the telecom environment, Dr. Inderpal Singh Mumick is the Founder, Chairman, and CEO of Kirusa. Under his leadership, Kirusa has invented innovative and transformative mobile technologies, including multimodal user interfaces, Voice SMS, InstaVoice, and ReachMe; partnered with leading network carriers, and delivered mobile services around the world. These services are used by over 100 million users every month, and have made a substantial impact on the telecom ecosystems of emerging markets of Africa, Asia, and Latin America.

Prior to Kirusa, Dr. Mumick co-founded Savera Systems, Murray Hill, NJ, where he was the CEO and CTO. During his tenure, Savera successfully developed its sales and marketing strategies and became an innovator in web-based billing; and designed billing software for transactions between IP and telecom carriers. Before Savera, Dr. Mumick was a Principal Technical Staff Member at AT&T Laboratories, Murray Hill, NJ, where he pioneered the Sunrise Research Project that led to numerous billing initiatives.

Dr. Mumick is the author of thirty-two issued patents, ten patent-pending applications and 40 technical papers in leading journals and conferences.

Dr. Mumick has been named amongst the ‘Outstanding 50 Asian Americans in Business 2017’ by the Asian American Business Development Center (AABDC). He was also a finalist in the Ernst and Young, CEO of the Year Awards, 2014. He is a frequent speaker at conferences and trade shows around the world and has spoken at events like IEEE WCNC, ACG, NJTC Internet of Things, Stanford Alumni Startups NY, ITU Telecom World, and AfricaCom. He has been covered in media articles by magazines like Forbes, IT Web Africa, IT News Africa, and European Communications.

Dr. Mumick received a B. Tech in Computer Science and Engg from IIT Delhi, where he was awarded the President of India Gold Medal and a Ph.D in Computer Science from Stanford University. He further completed Mini MBAs in Finance and General Management from the AT&T School of Business and Wharton Business School, and an Executive MBA for Growing Companies from Stanford University.

Surinder Singh Anand is the Chief Technical Officer and Vice President of Product Management in Kirusa. He leads the complete software product development and delivery life cycle of Kirusa’s entire bouquet of products and services. With 27 years of experience in technical leadership and management roles, he is one of the key frontrunners in driving Kirusa’s technical vision into reality.

Prior to joining Kirusa, Surinder was the CTO & Vice President of Business Development at Savera, a leading vendor of web based inter-connect billing solution for telecommunication and IP carriers. Surinder led the efforts from conception to delivery for Savera's flagship product InterCarrier, with a scalable distributed architecture that supported processing of more than 2.5 billion transactions per month.

Before Savera, at Hughes Software Systems (HSS) based in Delhi, Surinder led the development of the OSS subsystem of the Cellular Digital Packet Data (CDPD) product for mobile IP service culminating in successful deployment by multiple carriers in North America. Earlier to this, Surinder was a Senior Scientific Officer for ERNET Project at Indian Institute of Technology, Delhi.

Baldeep Dua is the Chief Financial Officer in Kirusa. She is responsible for raising capital, mergers and acquisitions, strategic planning, improving profitability and private placements. She has derived extensive expertise from wide-ranging roles spanning over two decades.

Prior to Kirusa, she was Vice President and Head of Finance in marketRX, a leading provider of analytics and related software services to global Life Sciences companies. Earlier to this, she was the Director of Finance at Mformation Technologies, a global provider of mobile device management (MDM) technology.

Before this, as Deputy Manager at Unit Trust of India, she has had a wide-ranging experience in various capacities including - Head of Trading for the North India Exchange, Head of Institutional Marketing, North India, and making investments in private equity and debt.

Baldeep holds an MBA degree from Faculty of Management Studies, Delhi, a premier business school in India, and was a Chevening Scholar at the Manchester Business School, UK.

She has received various recognitions and awards including - Top 25 Leading NJ Women Entrepreneur by NJ Monthly, Top 50 Women in Business by NJ Biz, ‘Salute to Policy Makers Award' by EWNJ (Executive Women of New Jersey) and the ‘CFO of the Year Award' by NJTC (New Jersey Technology Council).

As Head of Sales in Kirusa, Ravi Mehta is responsible for global sales, carrier relationship and new partnerships.

Prior to this, Ravi was the General Manager responsible for Kirusa’s Sales and Account Management in Africa region.

Ravi has 20 years of experience in sales, business operations, marketing, and management operations in the telecom VAS and technology space. He has worked extensively in the emerging markets of Africa since 2008.

Earlier to this, Ravi was a Client Manager with OnMobile Global in Kenya where he took care of business acquisition, business operations, content alliances & partnerships, account management, etc.

Ravi is a PGDEM in marketing from IMT Ghaziabad and holds a Bachelor degree in Accounts and Business Studies from the University of Rajasthan.

Barinderpal Singh Mumick is a founding member and & Vice-President of Operations in Kirusa. He is responsible for maintaining efficient team structure and performance through analytics, processes, and tools, maximizing new client engagement and working with the leadership team to develop plans to meet future needs.

Prior to joining Kirusa, Barinderpal was a technical analyst at Lucent Technologies in the CIO organization, where he developed the architecture of several business applications, including web applications, and managed their implementation, integration, and operation in a production environment. These applications were globally deployed and used by Lucent employees and customers. He has also designed and developed database applications at AT&T in New Jersey, and at the United Nations in New York. 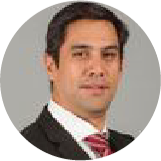 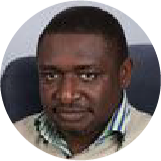 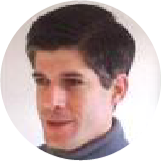 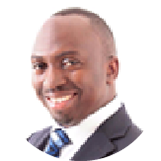 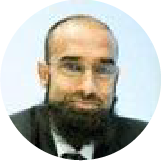